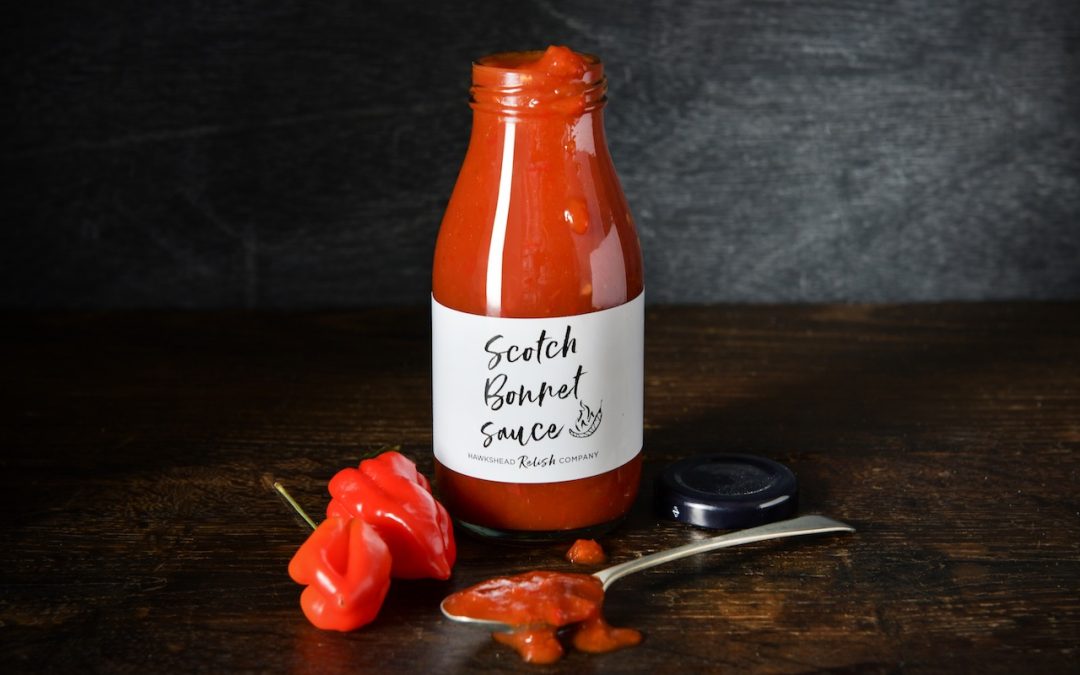 The family owned and run food company, Hawkshead Relish has announced the release of their new Scotch Bonnet Sauce, a table sauce which will complement their existing collection.

The new Scotch Bonnet Sauce is made using fresh chillies and tomatoes to pack a real flavour punch.

The team behind the award-winning sauces said, “The sauce had been on the cards for a while, especially as customers had been asking Mark if he could work his magic and create something a little fiery”.

Finding himself with a little spare development time, Co-owner Mark Whitehead threw himself into the challenge and set about doing some serious research to find the right balance of heat and flavour to be able to craft the perfect hot sauce.

It didn’t take him long to home in on Scotch bonnet peppers, or bonney peppers as they are sometimes known, a relative of the habanero, formerly the world’s hottest pepper. In numerous taste tests they clearly came out on top, because of their bright and fruity flavours and their decent heat rating of between 100,000 and 350,000 Scoville Heat Units (SHU).

Transformed into a fiery, flavoursome and unforgettable sauce Relish’s Scotch Bonnet Sauce is the perfect marinade for prawns, works wonders smothered over chicken wings and does a tip top job as a hot replacement for classic tomato ketchup.

As with every condiment they create the Hawkshead Relish team pride themselves on creating bold flavours, making the most of the natural ingredients they use. Each product is crafted in small batches, made without any artificial colourings, flavourings or preservatives and are gluten free, nut-free and are suitable for vegetarians and vegans.

Mark Whitehead, co-owner of Hawkshead Relish commented: ‘’I was asked some time ago to create a hot sauce to complement our existing selection of sauces and ketchups. So, with a little spare time available to me I decided to set about creating something that would add real vibrancy and lift to every home cooks kitchen armoury. I’m pleased to say that the resulting Scotch Bonnet Sauce will certainly give home cooks the opportunity to bring an extra dimension to their food and add more than a fiery little twist to their cooking with this very distinctive sauce.’’

Scotch Bonnet Sauce is available from 01st September via www.hawksheadrelish.com

Northwest bakery invests in new state of the art oven