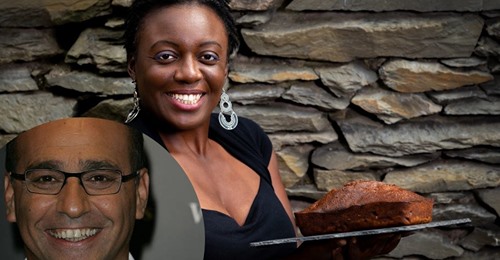 The tweet read; “ViesJamaicanRumCakes.co.uk bring a taste of Jamaica to cake and rum lovers’ doorsteps! My late mum, Vie, was my inspiration. I can’t celebrate Mother’s Day with her today but thanks to those who support my small business her legacy remains. @TheoPaphitis #SBS”.

Elaine was one of six weekly winners and Theo re‐tweeted her message to his almost 500,000 followers. As a result, @vjrumcakes on Twitter and @viesjamaicanrumcakes on Instagram and Facebook have gained more followers, traffic to www.viesjamaicanrumcakes.co.uk has increased and several new opportunities to collaborate with other local food businesses have been created.

Elaine said, “I’m so happy to have won the Mother’s Day challenge as I created Vie’s Jamaican Rum Cakes to honour my late mother, Vie, who made the most scRUMptious fruit cakes when she was alive. I sold my first cake a couple of weeks before the first lockdown so as you can imagine, my first year was full of not-so-great surprises. Winning the #SBS challenge was a fantastic surprise especially as it’s been tough trying to raise my profile on Twitter.”

Elaine’s mum, Vie, was a strong, kind, Jamaican woman, who sadly passed away in 2018. When Elaine moved to Cumbria the following year, she was surprised to learn of our county’s links to the slave trade and was impressed that the tragic stories aren’t forgotten but instead shared at Whitehaven’s Rum Story. Elaine was inspired to turn her loss into a legacy that honoured her mother’s memory and recognised both her new home of Cumbria and her Jamaican roots.

The rich and delicious cakes, based on Elaine’s mother’s original recipe, are produced here in Cumbria and three of the special recipes incorporate rum from Cumbria companies: Belgrove Rum by The Cartmel Spirit Company (Demerara), Whitehaven Spiced Rum by Richardson’s of Whitehaven (Delish) and Jefferson’s 1785 Extra Fine Dark Rum from The Rum Story in Whitehaven (Decadent). The fruity, moist and rummy cakes have proved extremely popular since they went into production and are now being shipped all over the UK. 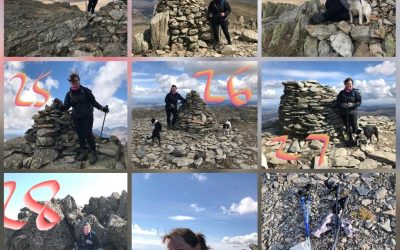 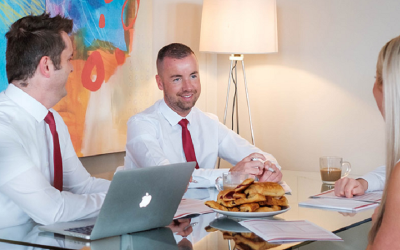 As confidence builds, family businesses are planning for the future, says recruitment company. 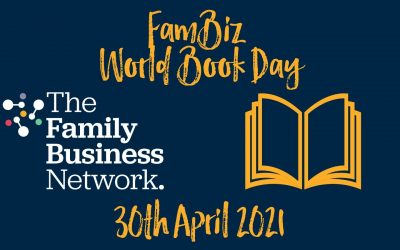