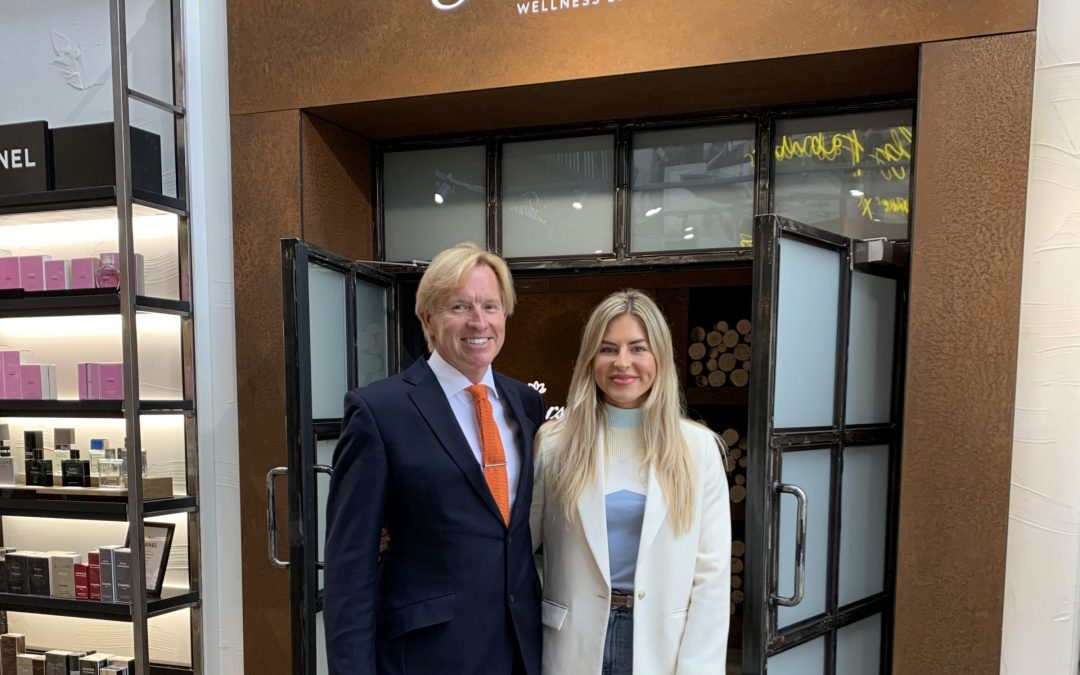 Independent department store Sandersons, who are a family business based in Sheffield, are thriving as they expand their team and prepare to open in a third location when the restrictions on non-essential retail lift next month.

A graduate of the Fashion Retail Academy Rebecca has worked in both online and physical retail – most recently working at Selfridges in London for the luxury brand Gucci.

Throughout last year’s lockdown Rebecca helped to drive online and home delivery sales at Sandersons, with a series of socially distanced photo shoots which caught the imagination of the store’s loyal customers.

She joins the Sandersons team as the company is preparing to open its third store at Five Valleys in Stroud next month. The company also has a store at Sanderson Arcade in Morpeth and the flagship store and head office at Fox Valley in north Sheffield.

Sandersons was founded in 2016 by Deborah Holmes who sadly passed away in 2019, her husband Mark has taken on the role of CEO as well as overseeing the company’s expansion plans which has seen online sales increase and the creation of two new stores.

Deborah’s passion for style and fashion saw her attract a range of brands new to the area and Rebecca is looking forward to helping to build on that legacy.

Rebecca said: “I have always had a real interest in the store and how it is changing and developing but I wanted to gain experience in other retail environments before getting involved full time.

“It feels like the right time now to be here and to be playing my part in keeping Mum’s legacy and vision alive.  It is a really exciting and positive time for the company, we are preparing to re-open after the lockdown and opening a brand-new store in Stroud.”

Mark added: “Sandersons is a family business, and I am delighted to have Rebecca as a part of the head office team, she has her Mum’s eye for style and will bring some fresh ideas and energy.

“I’m extremely proud of what the whole Sandersons team has achieved over what has been a difficult year for retail and we are all looking forward to re-opening the doors to our shoppers in April.”

Sandersons was named Best New Retailer in the 2019 Drapers Independent Awards, the store was praised for championing unique and unusual brands as well as its attractive layout and approach to customer service.  The same year a boutique spa was launched at the flagship Fox Valley store by Joanna Lumley OBE.

The company is part of the Dransfield portfolio and houses brands including Barbour, Holland Cooper, Max Mara, Tommy Hilfiger, Levis and Jacob Cohen Jeans. Sandersons has built up a reputation for luxury fragrances with brands including Penhaligons, House and Oud, Atkinsons and Chanel.