Family-Business Owners, Beware: The Oldest Perhaps Should Not Be First 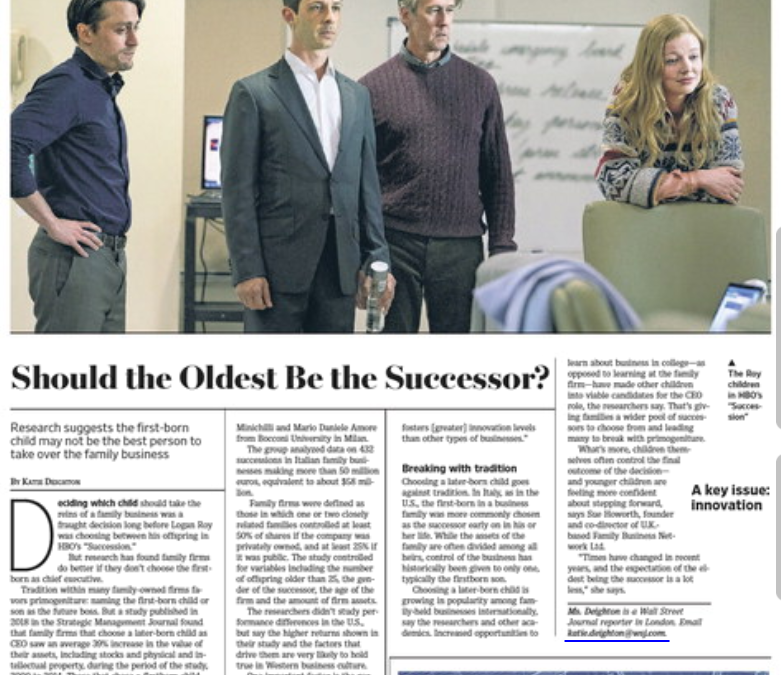 The following article appeared in the Wall Street Journal on 2 November 2020, and quotes our Co-Director, Sue Howorth.

Tradition within many family-owned firms favors primogeniture: naming the first-born child or son as the future boss. But a study published in 2018 in the Strategic Management Journal found that family firms that choose a later-born child as CEO saw an average 39% increase in the value of their assets, including stocks and physical and intellectual property, during the period of the study, 2000 to 2014. Those that chose a firstborn child saw just a 9% increase.

“This result suggests that second- or subsequent-born descendants spur [better] corporate results,” says Andrea Calabrò, professor of family business and entrepreneurship at the IPAG Business School in Nice, France, who wrote the paper with Marina Brogi from the University of Rome, and Alessandro Minichilli and Mario Daniele Amore from Bocconi University in Milan. The group analyzed data on 432 successions in Italian family businesses making more than 50 million euros, equivalent to about $58 million.

Family firms were defined as those in which one or two closely related families controlled at least 50% of shares if the company was privately owned, and at least 25% if it was public. The study controlled for variables including the number of offspring older than 25, the gender of the successor, the age of the firm and the amount of firm assets.

The researchers didn’t study performance differences in the U.S., but say the higher returns shown in their study and the factors that drive them are very likely to hold true in Western business culture.

One important factor is the personality differences among children.

“Usually, first-born children take actions that are unconsciously aimed to please their parents. They are often very scared to innovate, and they are mainly oriented to preserving the status quo,” Prof. Calabrò says. “Second- or later-born children have more innovative, creative behaviors, and this fosters [greater] innovation levels than other types of businesses.”

Choosing a later-born child goes against deeply held tradition. In Italy, as in the U.S., the first-born in a business family was more commonly chosen as the successor early on in his or her life. While the assets of the family are often divided among all heirs, control of the business has historically been given to only one of them, typically the firstborn son.

Choosing a later-born child is growing in popularity among family-held businesses internationally, say the researchers and other academics. Increased opportunities to learn about business in college—as opposed to learning exclusively at the family firm—have made other children into viable candidates for the CEO role, the researchers say. That’s giving families a wider pool of successors to choose from and leading many to break with primogeniture.

“The younger child may have more opportunity to see what their elder siblings are going through in terms of the journey of deciding what they want or don’t want, which can help the younger sibling to decide in a more planned and pragmatic way what they want to do,” she says.

“Times have changed in recent years, and the expectation of the eldest being the successor is a lot less,” she says.

Appeared in the November 2, 2020, print edition as ‘Should the Oldest Be the Successor?.’ 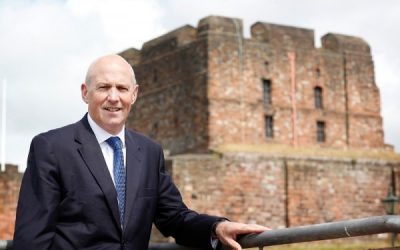 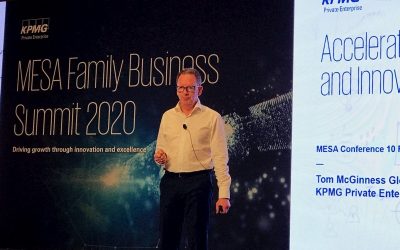 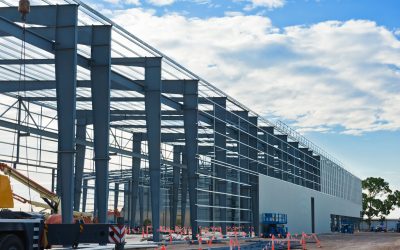 Disruption in construction: emerging from a pandemic.