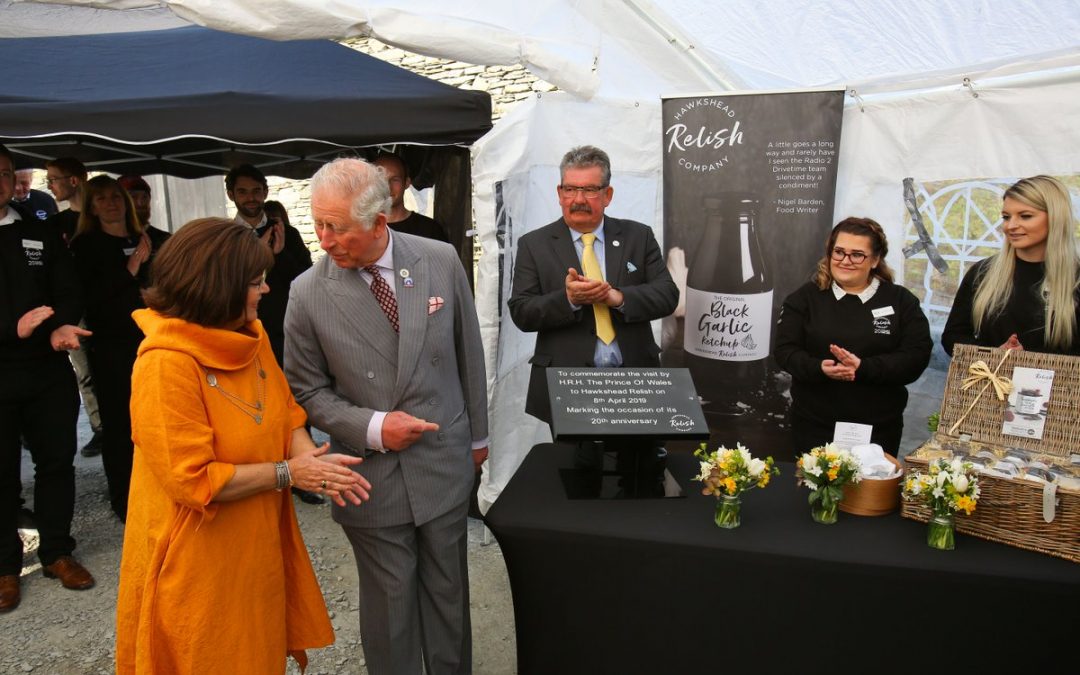 HRH The Prince of Wales visited The Hawkshead Relish Company, at Esthwaite Old Hall Barn on Monday 08th April to mark their 20th year in business.
His Royal Highness arrived at Hawkshead Relish’s production facility located at Esthwaite Old Hall, where he was greeted by owners Mark and Maria Whitehead and their daughters Abigail and Isabella, who then conducted The Prince and his party on a tour of the company production facilities.
During his time at the renowned artisan producer of award-winning preserves, jams, chutneys and condiments The Prince met kitchen assistant Catherine Watson and sales manager Jonathan Robb, before trying some Damson Jam. The Prince of Wales then spent some time discussing the sympathetic reconfiguration of the original 16th century barn in which the company has its headquarters.
The Prince of Wales visited the production kitchen at the heart of the operation, where he was invited to assist in depositing Westmorland chutney into jars. Mark Whitehead then showed His Royal Highness a batch of Westmorland chutney in the production kitchen and talked to The Prince about the processes involved in production cooking.
The party finally proceeded outside to a marquee, where The Prince of Wales was presented to the assembled guests and invited to unveil a commemorative plaque marking the occasion of his visit.
​
The Prince of Wales thanked the assembled guests and said a few words before unveiling the commemorative plaque. He remarked; ‘’I have very much enjoyed meeting all of the staff and everyone who works here.’’ He added in light of hearing about the strength of family businesses in Cumbria; ‘’the fact that there are so many other smaller family businesses operating here as I’ve discovered from the Family Business Network. A new discovery today, I am so glad to see that Cumbria is leading the way as so often in these sorts of diversified businesses. I can only wish
Hawkshead Relish and the Whitehead family every possible success for the future.’’
His Royal Highness was presented with a small gift hamper containing a selection of award winning Hawkshead Relish products by Abigail Whitehead and Isabella Whitehead and a set of specially commissioned wine glasses, handmade in Hawkshead, by artisan glass maker Emma Mackintosh, as a lasting memento of The Prince’s visit to Hawkshead Relish Company.

This is Cumbria exhibit at Farm Shop & Deli Show 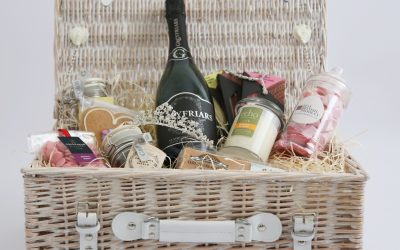 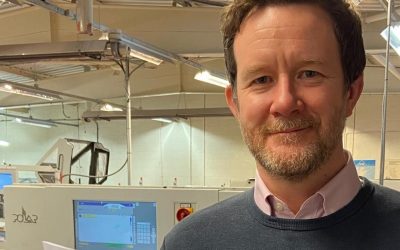 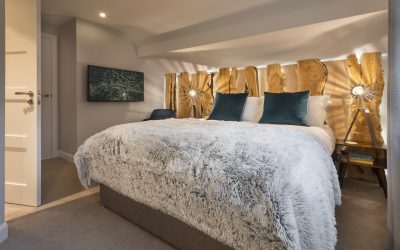