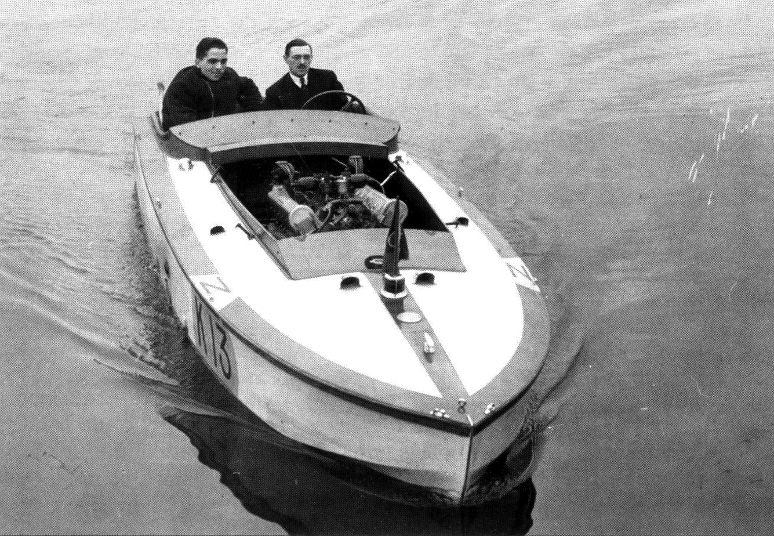 Family members of a Lake District hotel group are recalling the daring water borne deeds of their great uncle and founding owner.

The great uncle of the group’s managing director Simon Berry, Mr Buckley purchased Low Wood Bay Resort & Spa in 1952 but is better known for securing no fewer than four world water speed records on Windermere in the 1950s.

In Pathe News footage from 1956, Donald Campbell is seen shaking hands with Mr Buckley as he departs in an attempt at the one hour world waterspeed record.  The record was held by German speedster Charles von Mayenburgwho had covered over 64 miles in 60 minutes.

Mr Buckley, then a 48-year-old solicitor from Manchester, drove his boat at an average speed of over 79mph during his hour on the course.

“Despite the wake of a passing leisure craft, he managed to cover 79.66 miles in the hour time trial, smashing the record by over 15 miles.  It’s amazing to consider that he achieved the feat in a boat he himself designed.”

Liz Moss, chief operating officer at Lakeland Arts and Windermere Jetty adds:  “There are so many great reasons for people to visit Windermere Jetty, and it’s historic ‘life on the lake’ stories like the feats of Mr Buckley in the 1950s and his links to Low Wood Bay.  They all help to fire the imagination of our visitors to the new museum.”

Mr Buckley was also the official timekeeper present at Donald Campbell’s fatal attempt to raise his own world water speed record in Bluebird on Coniston Water in 1967.  Mr Buckley was awarded the MBE for his endeavours in 1972 and passed away in 1974.

The top three questions to ask when choosing your financial adviser