Francis Kirk originated back in 1868 so this year sees them celebrate a major milestone for any family business, 150 years as a family firm that is now in the hands of the fifth generation.

This business has continued to develop and grow over time – in terms of scale, turnover and profitability and has come a long way since the founding Francis Kirk launched the business as a tool shop 150 years ago with the simple aim of manufacturing a quality tool for workmen to use.  The business was born in Denton in a small shed and although the business has moved, it has not gone far and Denton is very much at the heart of the business today.

Each subsequent generation added their own developments helping the business move with the times, remain relevant at the time and to continue to grow.  Thomas Kirk was the second generation to take the business on and he developed the company’s offering to include the stocking of tools and not just their manufacture, increasing the efficiency of the business and the speed of fulfilment of customer orders.  Following the conclusion of World War II James Kirk came back from the war having signed up with his brother who sadly never returned.  James returned with the bad news for the then girlfriend of his brother and vowed to provide for her as though she were family.

In fact, the relationship bloomed and they eventually wed and became the next generation to run the business, the grandparents of the current Managing Director.

The business took advantage of grants that were made available after the war for companies involved with projects to help rebuild the nation and the journey continued.  The innovative and entrepreneurial spirit of the Kirk family came to the fore because already known for making tools, James committed them to giving fasteners a go too which continues to be a major component of the business to this very day.

Innovation continued and the fourth generation, Francis Kirk, the current chairman, recognised that the world was changing with the introduction of the metric system and driven by his foresight, the business was the first in the UK to manufacture both Imperial and Metric socket screws.

Recognising the world was continuing to change, fifth generation leader Tom Kirk has not shied away from making tough decisions either, decisions that came hard but were necessary to enable the company to achieve the next stage of growth.  New products were introduced, strengthening the supply chain and service to customers; new products included clothing, PPE and abrasives enabling Francis Kirk to become the one-stop-shop for customers.

Further change followed and in 2004, after 136 years of trading from the original Saxon Street Warehouse, Francis Kirk relocated to Denton Hall Farm Road where they are today.  The acquisition of Pontefract based Philidas’ manufacturing plant in order to maintain full control of a specialist metal locking nut product followed.  These products are sold into safety critical areas and as a result has enabled Tom to develop new international markets for the business.

Since beginning over 150 years ago Francis Kirk has grown into a business with operations in the UK and overseas with a great reputation for what they do, operating from a purpose-built warehouse complex in Denton.  As Tom explains, “Customer service is everything to us and when it is your family name above the door it means so much more.  Each generation of the family has added a new dimension to our business that has helped us to grow, maintaining our core values at the same time.”

Tom is also realistic about the way the business has developed, adding that “I am the first generation that has had to face the fact that the original core business of tooling is nowhere near as important to us as a firm as it was to my predecessors and it is the fastening business that is now our core trade.”

Growth has been steady too and this is important to the family who pride themselves on financing their growth and development out of cashflow.  Tom is also aware of the benefits of diversification and admits that the “move into PPE, abrasives and clothing has added new revenue streams and enhanced our service offering too.”

As a family business leader Tom is unusual, young, in a very senior position and with an experienced head on his shoulders, one that to a degree belies his age.  He is also incredibly respectful of his father and the part that he has played in the business, and the development of Tom as an individual too.  As Tom explains, “Growing up we had a great life and a good education and in hindsight a really early induction into the business too.  From the age of six or seven months I was placed in a box and brought into the office by my father and went home at the end of the day in a box too!  Pre-school years were great fun too as I came to the factory and scooted freely amongst the boxes, something my young son now does himself although health and safety comes first much more than it did then!”

Over the years, little known to Tom at the time his knowledge of the business continued to grow.  By the ages of seven and eight he was coming to work with his father for a few hours when he could and then as he got older he had roles at weekends and in the holidays, much like other next generation family members gaining experience and earning money in the family firm.  Knowledge was being acquired all the time, from products to the needs of customers and more besides.  Education continued until an important day for Tom and the evolution of Francis Kirk.

As Tom explains, “I was seventeen and sitting with Dad in the back of a car being driven to London to watch the FA Cup Final and was excited about the day ahead.  Dad had a pile of files with him and it was strange as I was in the back when clearly I would rather have been driving.  I now know that Dad had something on his mind.”

As Tom continues, “I was a captive audience as we were driven down the M1.  The question that followed was whether or not I wanted to come on board and work in the family firm.  I said that I did and that was that!  I asked what the files were and Dad said that they were an offer from someone to buy the business, something that he had been evaluating, but my decision changed that and we moved forward with our plans for the future.”

“I spent three years at University which I now appreciate was to learn about the ways of the world – cooking, cleaning, washing – and this stood me in good stead when I returned to Denton.  I had the respect of the staff for getting on with things and starting in the goods in yard I spent around three to four months earning each and every aspect of the business.”

“One day, following the conclusion of what I had felt had been a good day at a national conference, I was talking to Laurence, the Sales Director and a key man in the firm then, and to this day, and he told me in no uncertain terms that I needed to grow up.  At the age of 25 if I was serious about the business then I needed to step up and make it easier for my father to hand it over to me in due course, when the time is right for him.”

Tom clearly took this firmly on the chin and has grown into his role and made some big decisions too.  The business has won some global distribution rights, has acquired manufacturing operations in India and is securing significant orders from firms in the Middle East.  As Tom is the first to admit, “Now it is all about repaying the faith that the family have placed in me and moving things forward.  As a custodian of the business for future generations I have to explore all the opportunities as they arise.  We have 26 employees and their families that depend on me to make the right decisions and they are my responsibility and I have my own family too, a son Raphael and a daughter on the way.”

Tom appreciates all that his father has done and continues to do for the business as he remains Chairman and is a great ambassador for the brand too.  As Tom concludes, “He can take a step back and enjoy life now and when the time is right there will be a transition of ownership.  He leaves me to run the business on a day-to-day basis and given I am still young, it is up to me to steer the ship, something that I am relishing each and every day too.”

There is a next generation but they are very young so the future is to be determined but this is an innovative family business that has been going for over 150 years, each generation has added their own mark and helped the firm to evolve, adapt and grow and it is now the turn of Tom to continue to develop this family firm as they set out on the next phase in their journey. 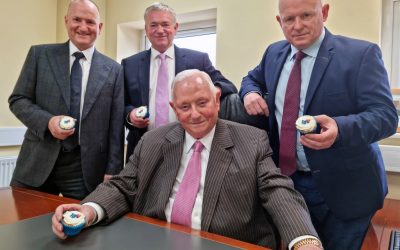 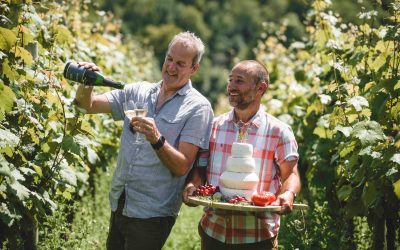 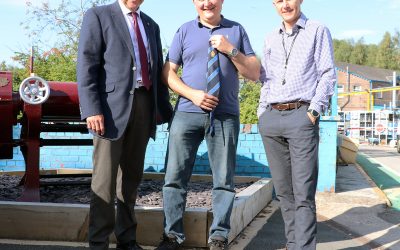